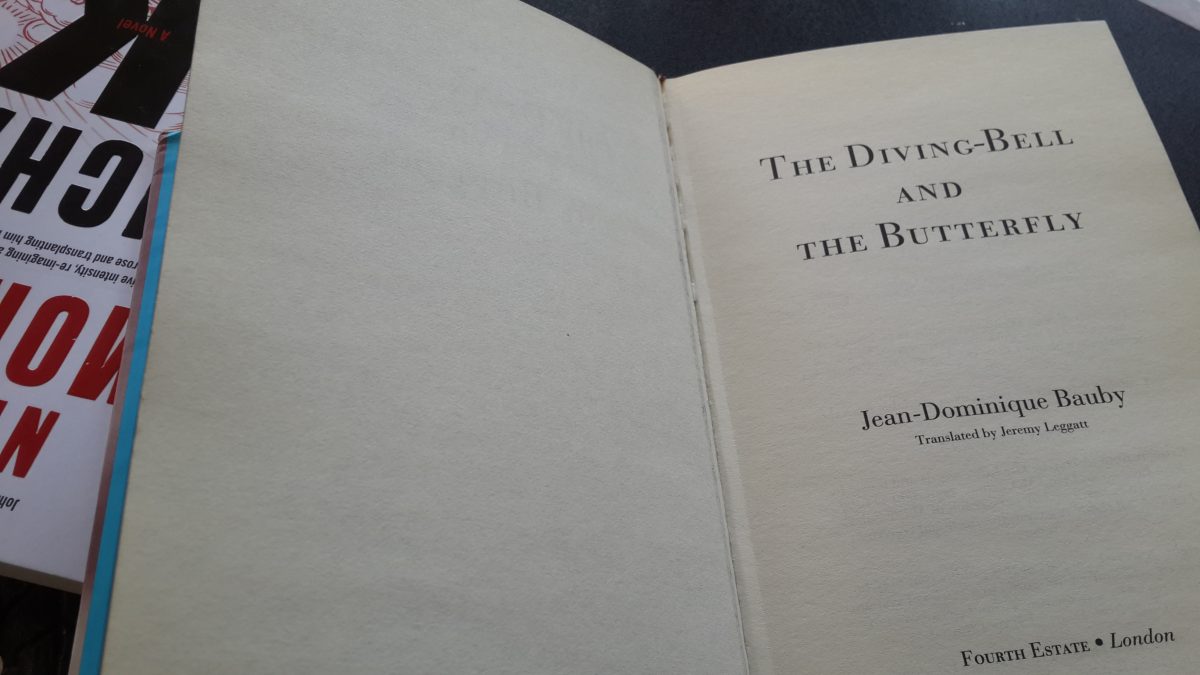 Does loss lead to appreciation of value?

There is beauty in being able to take things for granted. There is a gentle grace in believing that nothing will change, that no harm will come to you or to people you love, that the world is benevolent. This belief also means that you often only appreciate value when faced with loss- loss of love, of health, of time and opportunities, of freedom. Loss provides a point of growth and reflection. There is a lesson to be learned and a message to be shared. Loss gives perspective.

How do you cope with loss?
Do you become trapped by despair?
Do you have strategies to help you to recover?

I think that books provide a solution to everything, from stimulating your brain, to increasing empathy, and providing inspiration. As Clarissa Pinkola Estes says ‘Stories are medicine.’ The Diving-Bell & the Butterfly is Jean-Dominique Bauby’s reflection on his loss after becoming completely paralysed. He gives profound insight into loss, life, and how to find not just hope, but beauty in adversity.

The Book: The Diving-Bell & the Butterfly

Why will you love it?

Jean-Dominique Bauby writes about his life and tragedy with tenderness, humour and honesty. Through his words you understand the beauty of life and the value of every day moments which he refers to as, ‘these small gusts of happiness‘. With his insights, you see of the power of relationships, whether they are meaningful or not, whether they are fleeting or intense.

How do you find meaning wherever you are?
What makes the bleakest day more bearable?
How do you cope when no one can hear you?
With his story, he gives you the answers. 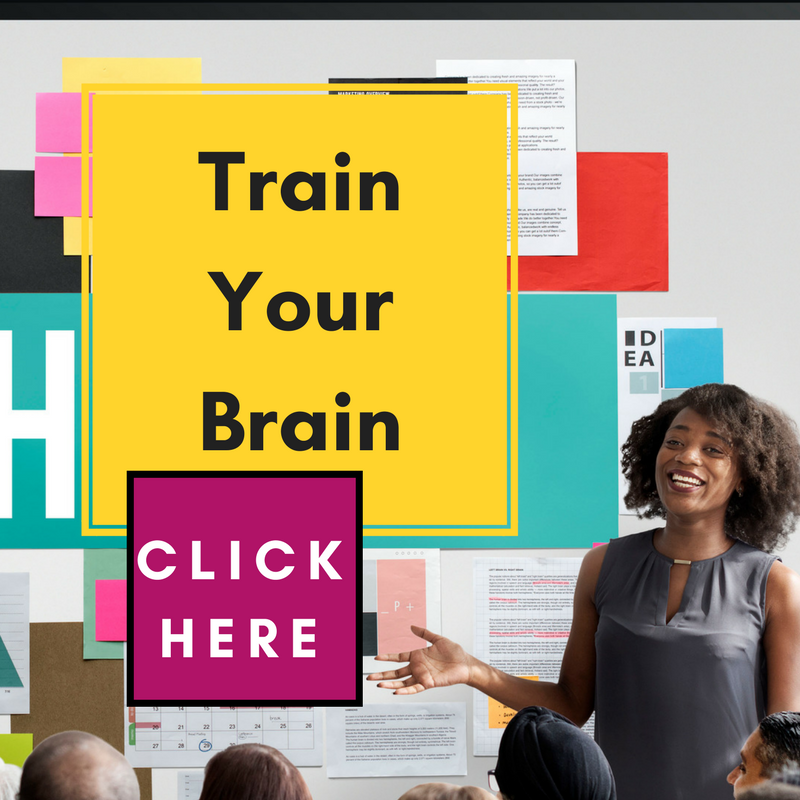 Jean-Dominique Bauby was an editor of Elle, in France, when he suffered from his stroke. He was an author and actor.

On the Wisdom of The Diving-Bell & the Butterfly

Can you imagine being in this situation? Completely paralysed, and only able to communicate by blinking one eye? How does Jean-Dominique Bauby cope?

Rage
He expresses a quiet rage but does not let this consume him, ‘But to keep my mind sharp, to avoid descending into resigned indifference, I maintain a level of resentment and anger, neither too much nor too little, just as a pressure cooker has a safety valve to keep it from exploding.‘

Imagination
With his imagination he is able to, ‘wander off in space and or in time, set out for Tierra del Fuego or for King Midas’s court’. He recommends fantasy as ‘You can visit the woman you love, slide down beside her and stroke her still-sleeping face. You can build castles in Spain, steal the Golden Fleece, discover Atlantis, realize your childhood dreams and adult ambitions.’

Appreciation
His memories of ordinary delights of his life give him joy. These seem insignificant, but lead to the richness of life. There are memories of sausages ‘ where every slice melts a little on your tongue’, of ‘roses picked at dusk, the laziness of a rainy Sunday’ or of frying potatoes. He says, ‘My nostrils quiver with pleasure…But I never tire of the smell of frying potatoes.’ Can you relate? Is there a memory of something so ordinary that brings you pleasure? Enjoying life, leads to better health as well.

Love and Support
The relationships he has, or had, help him most. His father and children, his lovers, transient companions and comrades. His speech therapist, Sandrine. With these relationships, ‘his invisible cocoon seems less oppressive’. He values the quiet kindness of the letter writers. He says, ‘I hoard all these letters like treasure. One day I hope to fasten them end to end in a half-mile streamer, to float in the wind like a banner raised to the glory of friendship. It will keep the vultures at bay’.
(Learn more on why love is good for your brain, and how to love better with True Love by T.N.Hanh)

Finding meaning
Despite his stroke, he develops remarkable discipline, that allows him to learn to communicate with one eye. He then writes this incredible book. In sharing his story, in tapping into his creativity, he adds meaning to his life, and to anyone who reads this book.

As Daniel Siegel states in Mindsight, ‘taking responsibility for one’s own mind can lead to liberation of the self, and to the ability to love and nurture the next generation.’ Having lost control of his body, he takes control of his mind. He expresses this best when he says, ‘My diving bell becomes less oppressive, and my mind takes flight like a butterfly.’

Jean-Dominique Bauby finds his everyday miracles with letters from friends, and memories of sausages and frying potatoes.


What is different about this philosophy?

Jean-Dominique Bauby shows that you are in control of your response to the circumstance. Lying immobile and completely dependent, he was able to find beauty and meaning. M Scott Peck says,
“In thinking about miracles, I believe that our frame of reference has been too dramatic. We have been looking for the burning bush, the parting of the sea, the bellowing voice from heaven. Instead we should be looking at the ordinary day-to-day events in our lives for evidence of the miraculous, maintaining at the same time a scientific orientation.” And Jean-Dominique Bauby finds his everyday miracles, with letters from friends, and memories of sausages and frying potatoes.

He uses his mind to changes his perception, so that he is not swallowed by despair.

‘The memory of that event has only just come back to me, now doubly painful: regret for a vanished past and, above all, remorse for lost opportunities. Mithra-Grandchamp is the women we were unable to love, the chances we failed to seize, the moments of happiness we allowed to drift away. Today it seems to me that my whole life was nothing but a string of those small near misses: a race whose result we know beforehand but in which we fail to bet on the winner.’ 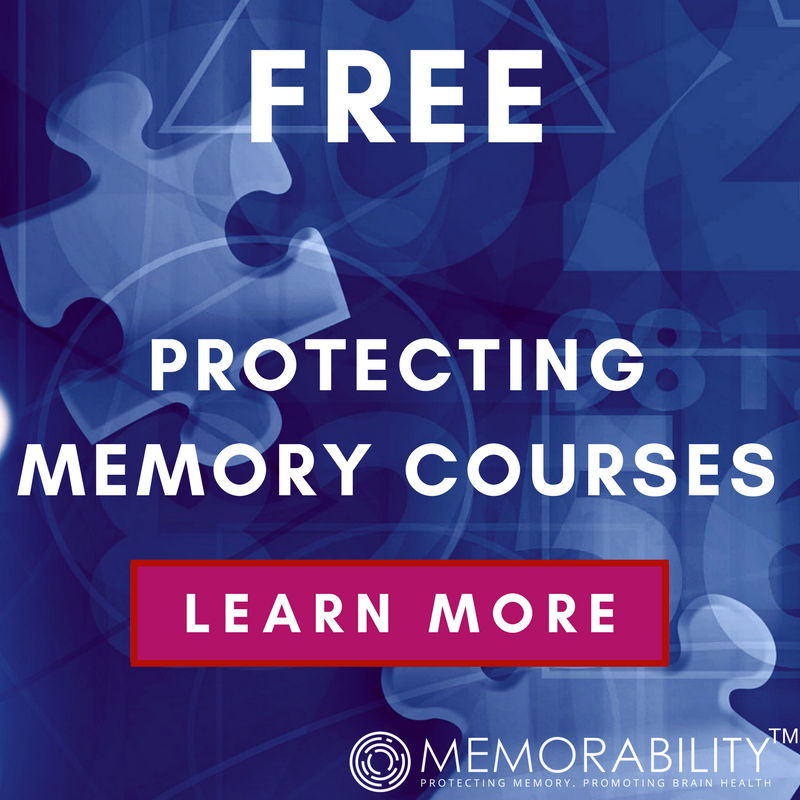 1. When Breath Becomes air Paul Kalanithi
‘Before operating on a patient’s brain, I realised, I must first understand his mind: his identity, his values, what makes his life worth living, and what devastation makes it reasonable to let that life end.’

2. Dying, A Memoir Cory Taylor
‘The short answer to the question of what I’ll miss most is Shin, my husband of thirty-one years, and the faces of my children. The long answer is the world and everything in it: wind, sun, rain, snow and all the rest.’

3. Emotional First Aid Guy Winch
‘Failure is so common a human experience that what distinguishes us from one another is not that we fail but rather how we respond when we do.’

How do you keep the vultures (in your mind) at bay?
How do you make your diving bell less oppressive? What is holding you down?
Which experiences will you relive?
What regrets will you respect?

How to Improve Memory

Memorability is a comprehensive approach to improving brain health and memory with:

What can you do to effectively stimulate your brain? How can you help your memory at any age? Do you want to reduce your risk of Alzheimer’s dementia?

General Education Courses (GEC) for all

You have Successfully Subscribed!

You have Successfully Subscribed!